The City of Las Vegas believes in parks and open spaces as critical components to creating an exceptional quality of life for its residents. In 2018 the City of Las Vegas engaged LGA to develop a long term Master Plan for a new Regional Park in Northwest Las Vegas. The 160 gross acre park is envisioned to provide vital and extensive recreational opportunities for northwest valley residents, with the first phase of the project being the development of approximately 40 acres in the southeast quadrant of the site.

In 2020, the City of Las Vegas again engaged LGA to begin schematic design of the first phase of this park.

The site is located on the northwest corner of Log Cabin Way and El Capitan Way, and bounded on the west by the future extension of Skye Canyon Park Drive (Fort Apache Road alignment), and to the north by the future Moccasin Road.

The site has a rich history as it was traversed by the former Las Vegas & Tonopah (LV&T) Railroad. Although the rail line has long since been removed, the rail bed for the line as well as a wye and spur are clearly evident. The LV&T Railroad was originally built by a group led by Senator William Clark to connect the Union Pacific Line in Las Vegas to the Bullfrog Mining District which included Rhyolite and Goldfield, Nevada. The line began in late 1905 and by December of 1906, rails lines had entered Rhyolite. By October 1907, the LV&T had reached Goldfield. The Railroad had both cargo and passenger service and operated until 1918 when it was dismantled and its right of way was sold to the Nevada Department of Highways to construct US 95.

The importance to this site in particular is that it is believed to be close to Mile 15 or Tule stop along the railway route. The route followed the wagon trail which is still evident on the site. The Mile 15 or Tule site is believed to be the first LV&T station out of Las Vegas and is described on the railroad timetable. The site contained a 14 car spur and a station sign. It was the site of the first spring out of Las Vegas along the wagon train to the Bullfrog District and was an active tent settlement complete with eating house, saloon, and a few businesses. Most of this camp was abandoned in 1908. Evidence of this camp can be found on site, and this history creates a great opportunity for interpretation.

The new Regional Park will provide needed recreation and cultural amenities to northwest Las Vegas and will serve as the starting point for trails connecting to the Tule Springs Fossils National Monument. Over the next few years, several new developments will be constructed in northwest Las Vegas making this new park even more important to the resident’s quality of life.

City of Las Vegas in conjunction with Clark County, Nevada 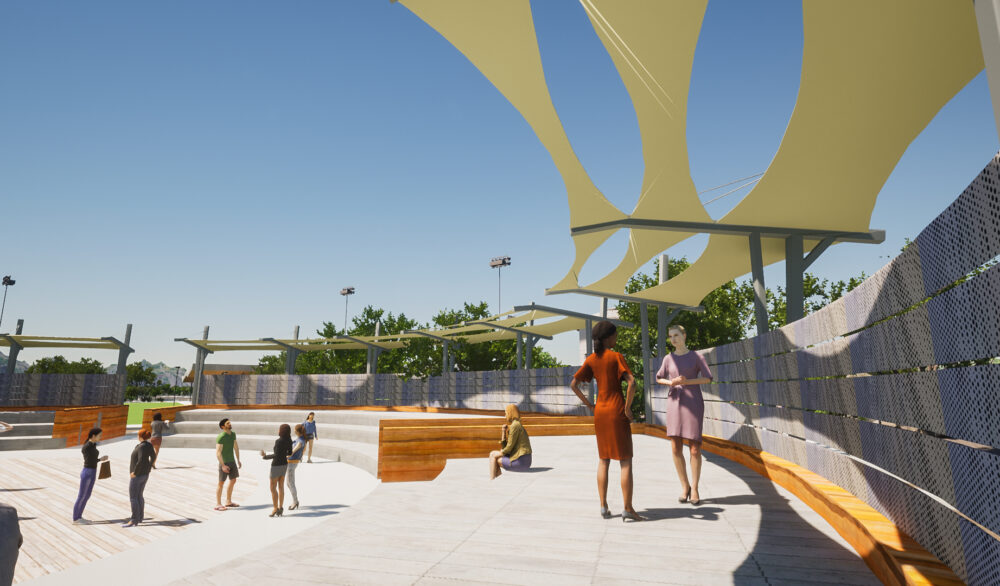 The park will  incorporate a railroad theme complete with interpretive areas around the historic rail line and construction camp.