The Historic Westside Legacy Park was the result of a collaboration between the City of Las Vegas, Clark County, CORE Construction, LGA Architecture, and LAGE Design. Originally envisioned by former Clark County Commissioner Lawrence Weekly and Las Vegas City Councilman Cedric Crear, the park was meant to celebrate the rich heritage of the historic Westside community in Las Vegas while inspiring future generations. The plan for the Historic Westside Legacy Park was to create an outdoor museum which respectfully tells a story of how the community began and how it has evolved over time. This involved incorporating features such as historic timelines, public art, a reflective walking path, a children’s play area, and an event plaza that incorporates a map of the historic Westside neighborhood.

To properly tell the story of the historic Westside community, it was integral to highlight the legacies of many of the leaders and public figures who have contributed to the neighborhood over the years. Many of the initial 36 honorees memorialized on bronze plaques consist of “trailblazers.” Including former Senator Joe Neal, the first Black state senator, Mabel Hoggard, the first Black teacher hired by the Clark County School District, and Charles West, the first Black doctor in the state. The design team master planned the park to account for the future inductees to be added each year. The design team also partnered with Chase McCurdy, a local artist from the Westside neighborhood, to not only advise on the historic elements on the interpretive panels, but also to create the featured sculptures. Chase’s installation, Living Black Pillars, comprised of polished stainless steel orbs tower above the patrons with the message “…coming up from the ground with the foundation laid by our ancestors, the Pillars spring from the soil reaching heights only dreamed of in their lifetimes.” 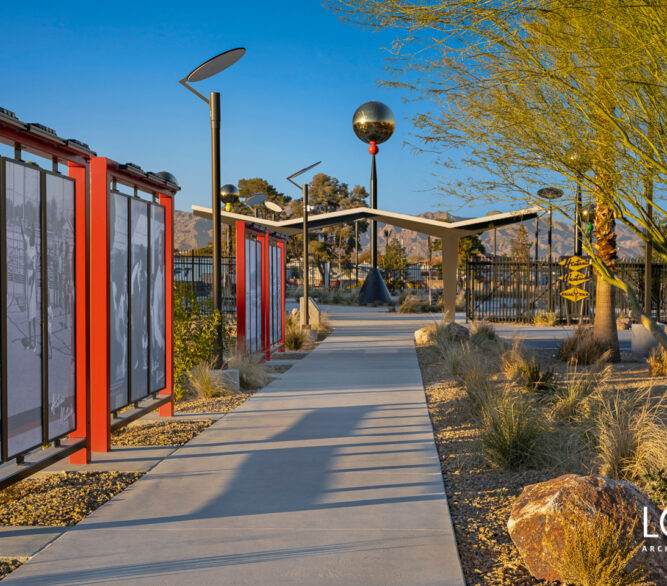 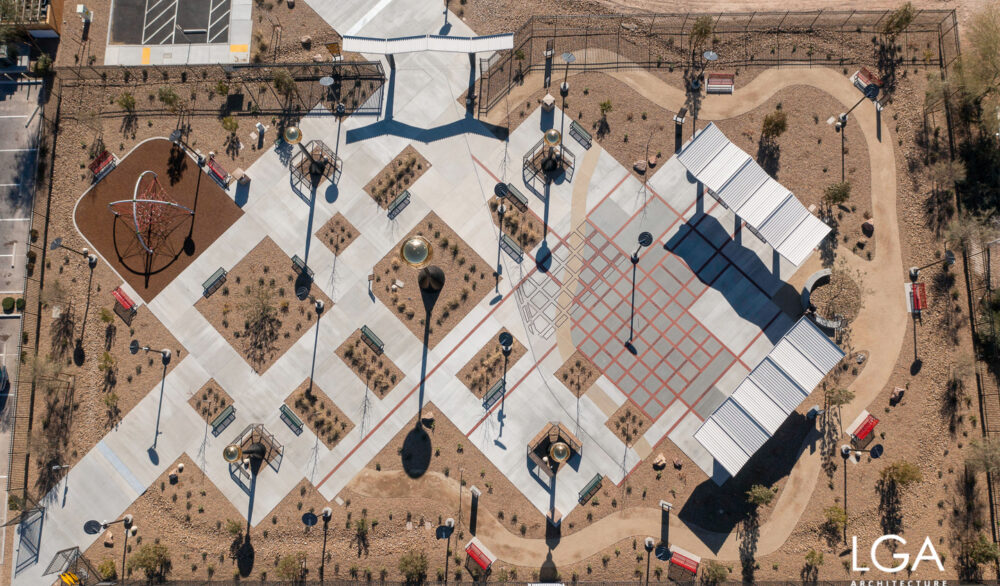 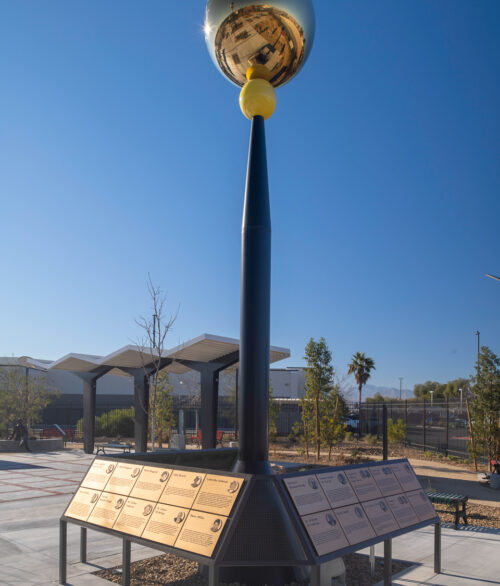