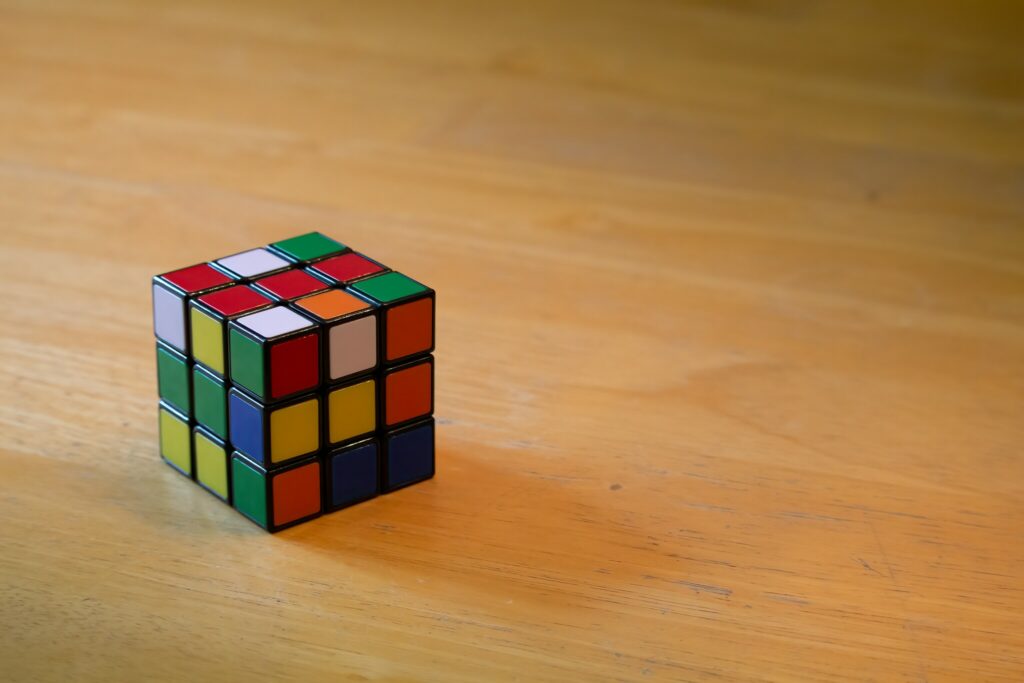 Anyone know who this architect is? 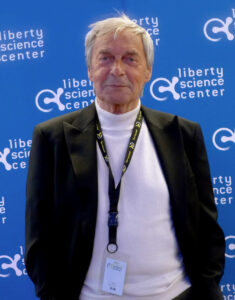 This is Erno Rubik who is the inventor of what we all know now as the Rubik’s Cube.

As a Hungarian architect and professor of architecture for the Budapest College of Applied Arts, Erno decided that he wanted to develop a design tool for his students that could be manipulated into different forms without falling apart. In 1974, he went into the school wood shop and created the first 3×3 cube made out of 26 wood cubes held together with rubber bands. This became the first prototype of what he originally called the Magic Cube.

To Erno’s astonishment, his students were such fans of this hand held architectural model that he built he realized there could be some public interest in this idea. Because of its simplistic structure and repetitively shaped parts, he realized this prototype had the perfect ingredients to be a mass-produced product. Lucky for Erno, his father owned several patents so understanding the patenting process was not foreign to him.

The original Magic Cube hit the market in Hungary in 1977, while the licensing was still being worked out. In 1979 he officially licensed Ideal Toys Co. of the U.S. to introduce the cube puzzle toy to the international market for its official debut in 1980. Ideal Toys rebranded it as the Rubik’s Cube which over 350 million have been sold to date. The Rubik’s Cube is on all the top selling toy lists along with all the big ones: Barbie, the YoYo, the Etch-a-Sketch, Mr. Potato Head, Hula Hoop, and Legos. It’s also developed quite the cult following over the years with speed cube tournaments.

This last Christmas I was reminiscing on the fun toys of my childhood as I was shopping for my kids and I couldn’t get the Rubik’s cube out of my head. As you could imagine, both of the kids got Rubik’s Cubes in their stockings from Santa. Both kids looked at the cubes, scrambled them, and threw them off to the side not to be picked up again. I made the mistake of picking up one of the cubes. Like Michelle’s HGTV addiction, I instantly gave myself a Rubik’s Cube addiction.

As a kid, I spent all my time trying to solve a cube totally the wrong way, hence the reason (along with no internet yet) that I never actually solved a Rubik’s Cube. The day after Christmas I opened up YouTube and cheated my way through my first solution of a cube, which still took me longer than three hours. Okay, I solve it, addiction over, right? No, wrong! I needed to turn that three hours into three minutes. Since then I have broken my three minute goal, and I can safely say I can solve a 3×3 cube fairly quickly (not like the kids on Youtube, but at least I can say I can do it now). If you’ve solved a cube yourself, you will know it is important to start by understanding that the cube is constructed of three different types of pieces (centers, sides, and corners). Once you understand how each of those types of pieces move, there is one algorithm and a few variations of the same algorithm that’s needed to move all the pieces into the right places.  Before you know it you’ll have it solved. 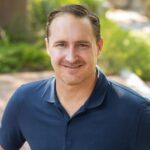 Rhett Noseck obtained a Bachelor of Science in International Business from Pepperdine in 2000 and received his Master of Architecture from UNLV in 2013. Rhett has an interesting career having started the company Complex Solutions, Inc. in 2000 to prepare Reserve Studies for Homeowner’s Associations. To help fund the start-up, Rhett performed in the Buccaneer Bay Sea Battle at the Treasure Island Hotel & Casino and then performed in the Sirens of TI production as a Pirate for 12 years. Following his performances, Rhett founded Lost Boy Productions LLC, a live show production company, which took him to such exotic locations as St. Maarten, Netherlands and Doha, Qatar. As performing has become historical feature of his career, architecture has become the primary focus with fine woodworking taking the passenger seat. Rhett brought his varied and unique experience to LGA in 2014.